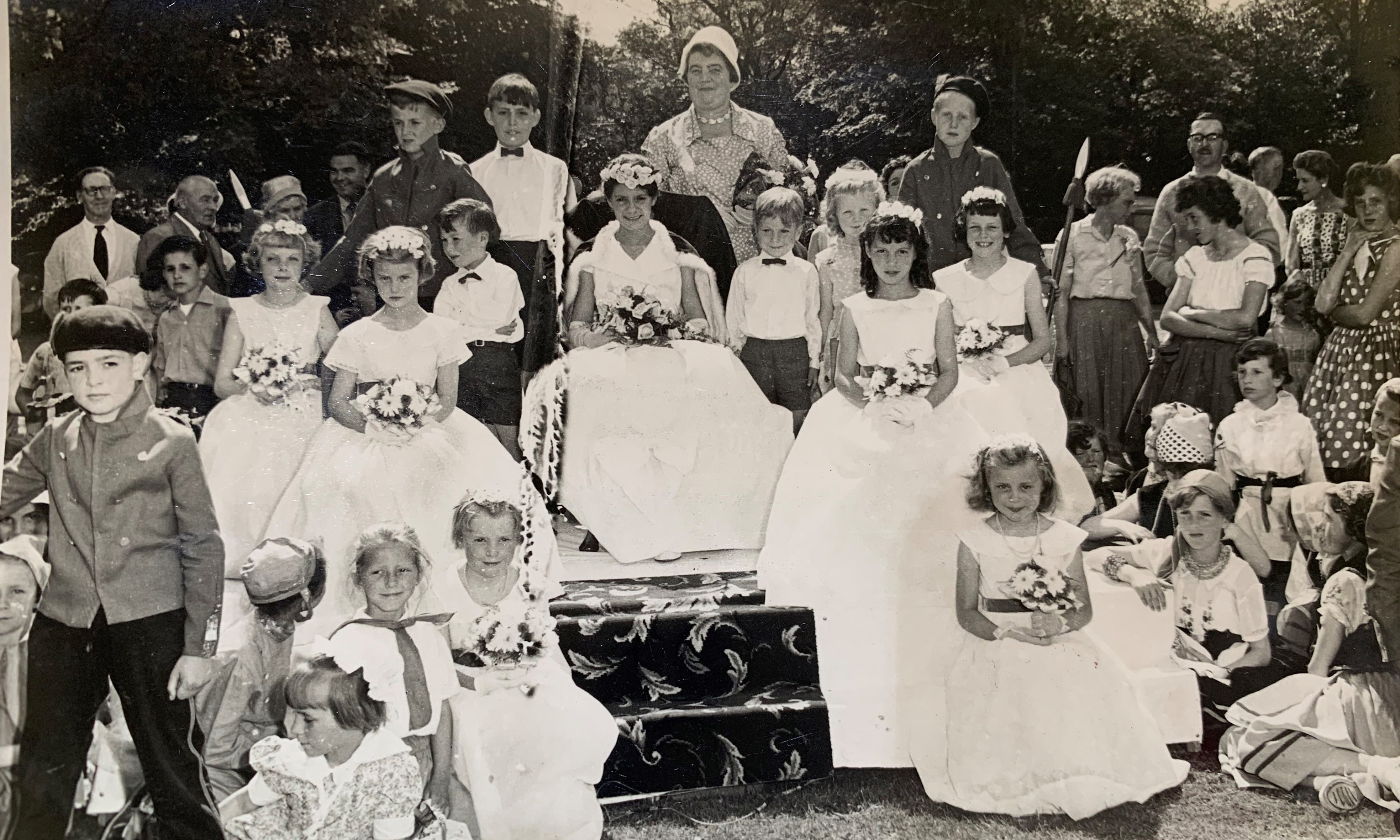 Lots of hard work and many themes have enabled the Rose Queen to continue. In 1989 the 25th Rose Queen Festival was celebrated on yet another beautiful day.

The second Rose Queen took place in 1963, the third in 1964, and the 4th Rose Queen in 1966, the fifth in 1969 then annually ever since. Themed floats began in 1969 with TV programmes as the theme. From 1970 a cup was presented to the winning float. The first to be awarded this cup were the Brownies. Second and 3rd place Shields were introduced in 1978 with the Toddlers being awarded 2nd place and Cub Scouts 3rd place. In 1984 the Highly Commended Cup was presented for the first time. This was to the Mothers' Union float. This cup was donated by the then float judge Len Rowlands. He was very impressed by all who took part. He gave this cup to recognise a group who had limited resources but who nevertheless put on a good float. All our Rose Queen days have been held on Chaigley School field with the exception of number 4 (1966), which took place in the grounds of old Massey Hall School in Half Acre Lane.

Memories of the first Rose Queen Day - assembling in the playground of the newly built Junior School, decorating the Sunday School float in the garden of the Vicarage on Stockport Road, (we now know this is the White House). Sunday school had chosen nursery rhymes and to keep the children safe we put in a Maypole in the centre of the float and each child was seated and held one of the ribbons. The basic Maypole was the Vicar's (Rev Lee) old mop and bucket all decorated up. Some people say it always rains on Rose Queen Day but we’ve had far more sunny days then wet ones. In almost 50 Rose Queens we have held only one inside, in the old parish Hall (1963). Records show that in 1923 the Thelwall Millennium Pageant was blessed with wonderful weather.